Calvin Jack Jones didn’t have a lot growing up. He did, however, have strength, intelligence, athletic skill and a desire to be the best he could possibly be.

Cal was born in 1933 on the south side of Steubenville, Ohio. His dad passed away when Cal was only one, and his mom, Talitha Jones, raised Cal and his six older brothers and sisters all by herself during the Great Depression, a time when most people didn’t have very much.

Cal started playing football in Grade 5 and by the time he finished high school, he was being heavily recruited by major U.S. college teams. In 1951, he led Steubenville to the Ohio State Championship, was the UPI Ohio state football player of the year and was the most highly sought after high school player in the state.

After originally deciding to attend Ohio State University, he switched to Iowa when his two closest friends, Eddie Vincent and Frank Gilliam, came to Cal’s house on the day they were moving to Iowa to play for the Hawkeyes. When Cal realized his friends were both leaving, he decided to pack a bag and join them on their road trip. He never returned to play for Ohio State.

Jones was a star at Iowa. A guard, he was by consensus, All-American in 1954 and 1955, and in 1955 won the Outland Trophy as the best interior lineman in NCAA football – the first African-American to win the award. That year, he was Iowa’s captain and became the first interior lineman ever to receive votes for the Heisman Trophy as the best player in college football.

In 1954, Jones became the first college football player and the first African-American ever to be featured on the cover of the internationally popular Sports Illustrated magazine.

Jones graduated from Iowa with a 3.0 grade point average and was selected by the Detroit Lions in the ninth round of the NFL draft. That’s absolutely true. The best college lineman in America was drafted by an NFL team in the ninth round. However, he refused to sign with the Lions because, he found out, “The team paid its Black players less money than its White players.” Instead, he stood up to racism and signed in Canada with the Winnipeg Blue Bombers, where he became friends with Keeper McWhinney. In fact, the two of them became roommates, which at the time was quite a rarity. It wasn’t often, back in the 1950s, that a White man and Black man were roommates on the road.

Despite being a rookie, Jones was named to the WIFU All-Star Team and was invited to play in the East-West game in Vancouver. It turned out to be his final game. Jones passed away on December 9, 1956. In 1957, Iowa honoured Cal by dedicating the school’s first appearance in the Rose Bowl to him. They won 35-19 with future Winnipeg Blue Bombers quarterback Ken Ploen at quarterback. After the victory, the school sent the game ball to Cal’s mom back in Steubenville, Ohio.

Cal Jones was inducted into the College Football Hall of Fame in 1980. His grandson, Edwin Harrison, played guard for the Calgary Stampeders from 2010-2015. No, Cal Jones didn’t have a lot growing up during the Great Depression, but he left a lasting legacy on the game of football and while they spent only one season together, he was never forgotten by his friend and teammate, Keeper McWhinney. 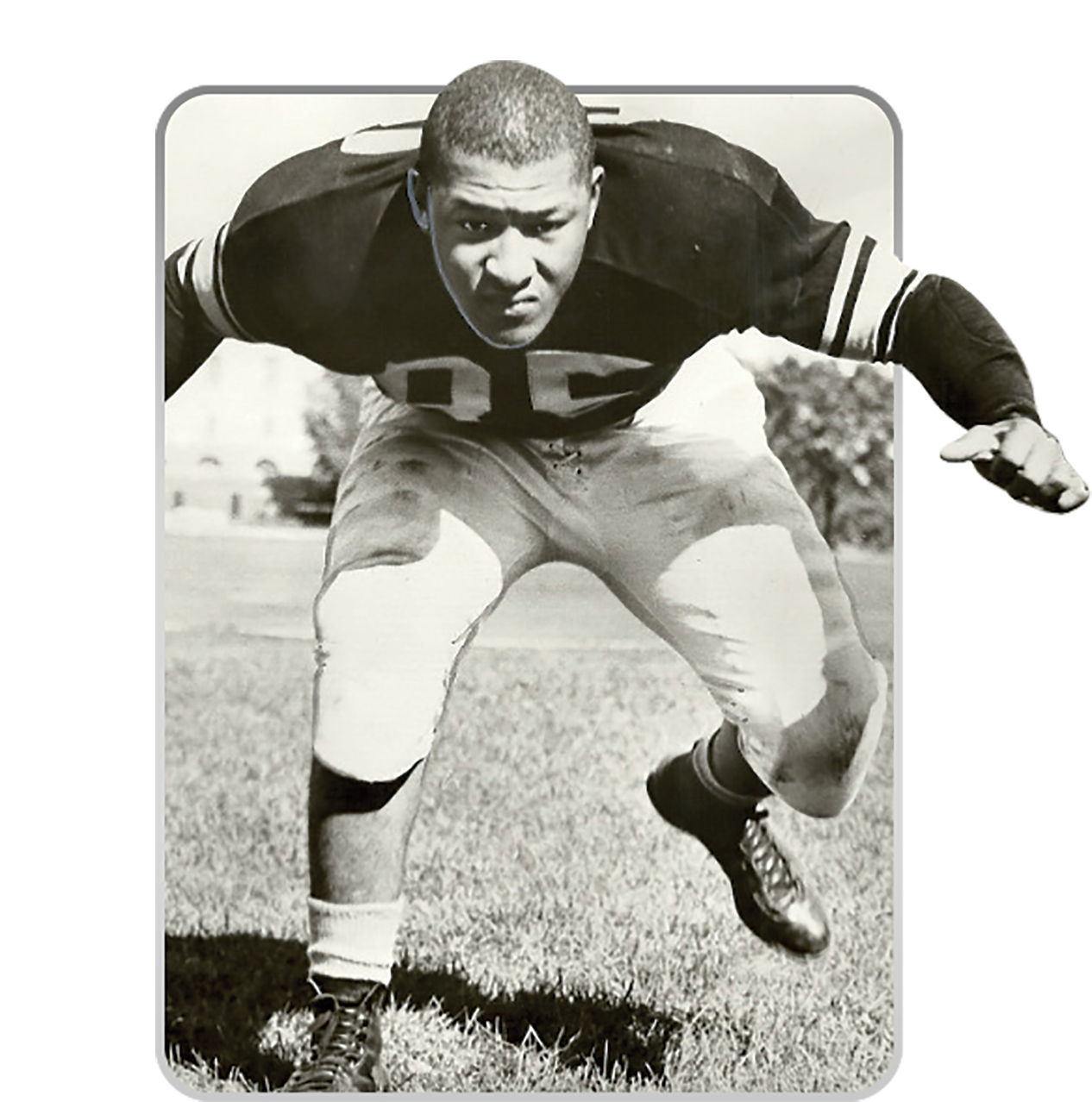