Glenn “Keeper” McWhinney was an exceptional and gifted athlete who had a huge heart, cat-like quickness, passion, desire, and intelligence: traits that just seemed to make him play bigger than he actually was.

Glenn grew up in Winnipeg and was accomplished at all sports, but he really excelled at football. He played junior ball with the old Weston Wildcats and was invited to join the Edmonton pro team in 1952. It was during that 52 season that Glenn McWhinney became “Keeper” McWhinney.

Let’s allow the late Mr. McWhinney to tell the story himself: “Frank Filchok was coaching in Edmonton in 1952 and he gave me a few chances as a backup quarterback,” he recalled. “Well, we were down about the three-yard-line against Saskatchewan and we ran a couple of plays and we didn’t get into the end zone, but I’d seen something and thought I’m going to call this play. So, I made the call and when I got the snap, I expected everybody to go right, but they all went left. There I was, all alone. So, I just tucked the ball under my arm and took it in for a touchdown.

“When I came off the field, Frank started calling me ‘The Keeper’ and it just stuck. It’s just one of those things.”

While McWhinney’s nickname was “just one of those things,” his incredible career as an athlete was not. In the late ‘40s, all through the ‘50s, and into the ‘60s, McWhinney was one of the most celebrated athletes in Winnipeg.

He was so good at football that he helped Edmonton win the Grey Cup in 1954 and then was traded to the Winnipeg Blue Bombers in 1955 and was named their Most Valuable Canadian that year.

The next season, however, he suffered a broken neck and that ended his football playing career, but he worked as a scout for the team for the next two years, including before and during the 1958 Grey Cup.

At the same time, as a guard in basketball he ruled the Winnipeg Men’s Senior League for more than a decade, winning two championships with King’s Best (1956 and 1960) and one with The Blues (1963). The Blues was a team made up primarily of members of the Blue Bombers, and during that 1962–1963 championship season, McWhinney was the team’s player-coach, even though Blue Bombers head coach Bud Grant, a former NBA player, was on the squad.

McWhinney was also an outstanding baseball player with the old River Heights Cardinals, the Smitty’s Cubs, and the Army-Navy Veterans. In addition to his excellence at sports, McWhinney was a committed volunteer in the East Kildonan area and was a major contributor to his community until his death in 2012. He was active with the Bronx Park Community Centre and taught most of the kids in the neighbourhood how to play football, baseball, basketball, and hockey.

In 2011, he was inducted into the Manitoba Sports Hall of Fame and shortly after his death he was memorialized with the creation of Glenn McWhinney Park. That’s how beloved he was in his community.

The inspiration for this book came from Keeper McWhinney’s own words when his son Jeff brought the Grey Cup home to his dad for Keeper’s 77th birthday.

“We were in the kitchen,” recalled Jeff. “Bob Morreale, a trustee with the Canadian Football Hall of Fame, asked my dad, ‘Would you like to drink out of the Cup one more time?’ And my dad simply replied, ‘Not without my teammates.’” 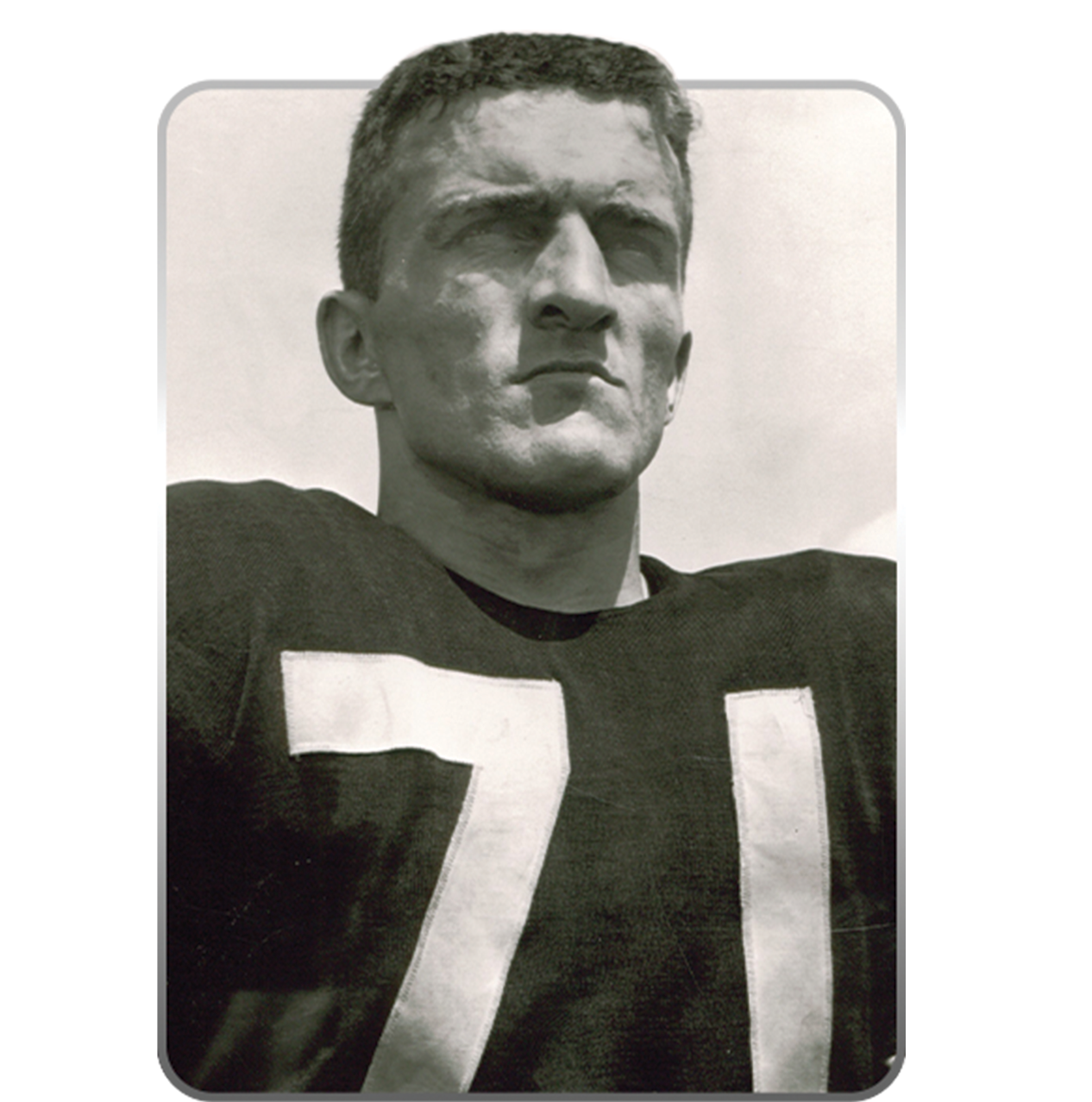